The International Young Physicists’ Tournament (IYPT), sometimes referred to as the “Physics World Cup”, is a scientific competition between teams of secondary school students. It mimics, as close as possible, the real-world scientific research and the process of presenting and defending the results obtained.

Participants have almost a year to work on 17 open-ended inquiry problems. A good part of the problems involves easy-to-reproduce phenomena presenting unexpected behaviour.

The aim of the solutions is not to calculate or reach “the correct answer” as there is no such notion here. The Tournament is rather conclusions-oriented as participants have to design and perform experiments, and to draw conclusions argued from the experiments’ outcome.

The competition itself is not a pen-and-paper competition but an enactment of a scientific discussion (or a defence of a thesis) where participants take the roles of Reporter, Opponent and Reviewer and are evaluated by an international Jury.

The beauty of the Tournament is that teams can take quite different routes to tackle the same problem. As long as they stay within the broadly defined statement of the problem, all routes are legitimate and teams will be judged according to the depths reached by their investigations.

In 2013, IYPT was awarded the medal of the International Union of Pure and Applied Physics (IUPAP) in recognition of its inspiring and wide-ranging contribution to physics education that has touched many lives and countries, over the past 25 years. 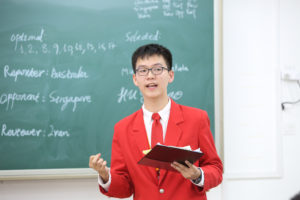 The 35th IYPT will be held in Timișoara, Romania.

On 19-21 September, the JC meeting was held in Switzerland. The Jury Committee discussed the Jury feedback – distribution of the feedback to the Jurors is expected in the coming days. There were also made minor changes in the current version of the scoresheet, which will also be published soon.